Kiplinger is a Washington, D.C. based publisher specializing in business forecasts and personal finance.  The rankings for Kiplinger’s Best Value Cities 2011 was based on cost of living, the vibrance of the economy, and amenities that are available to residents.

One aspect that contributed to making Knoxville one of the Best Value Cities is Knoxville’s economy. With an unemployment rate of 7.7%, the Knoxville economy has shown vibrancy even during these difficult times. With many corporate headquarters based in Knoxville including:  Bush’s Baked Beans, Jewelry TV, and Pilot, there are many employment opportunities available to residents.  TVA, which is the largest utility provider in the United States, is also based here along with the Oak Ridge National Laboratory, which both employ many residents.

The city has also created an environment that has attracted businesses from other parts of the country. Scripps Networks moved their corporate headquarters here back in 2010 from Cincinnati, Ohio.  Green Mountain Coffee also moved here in 2008.  And still, there are other businesses looking to move here, Sierra Nevada Brewing Company has been eying East Tennessee as a potential new brewing location.

Another factor which made Knoxville one of the Best Value Cities is the low cost of living.  The average two bedroom home is $94,900 and a two bedroom apartment can be rented for $618.  Residents also enjoy low utility, energy, and tax rates.

Residents also have many sources of entertainment and activities.  Every spring there is the free concert series called Sundown in the City, which attracts as many as 12,000 residents to each of its five weekly concerts. Knoxville is also home to the International Biscuit Festival, which was ranked the Best Food Festival in the US, by Livability.Com. Downtown also offers many sources of entertainment for residents in Market Square and the Old City.

East Tennessee residents also have their pick of many outdoor activities. With the Tennessee River, residents can go tubing, waterskiing, or take part in redneck yacht clubbing.  And, with the Great Smokey Mountain so close, residents can go hiking, camping, or lazing tubing.

With many employment opportunities, a low cost of living, and many activities for residents, Knoxville is a great city to live.  If you have any questions about moving here or living here, please feel free to contact me, I would love to share my knowledge and love of the area with you.  Shoot me an email, give me a call at 865-696-9002, or leave a comment, I would be more than happy to help. 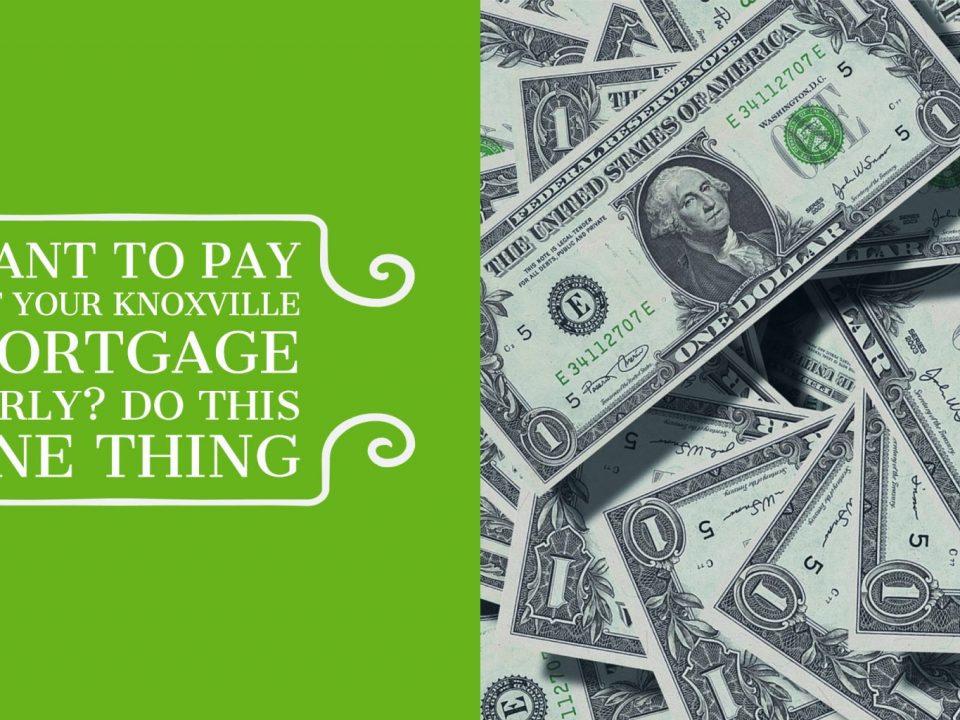 Want To Pay Off Your Knoxville Mortgage Early? Do This One Thing