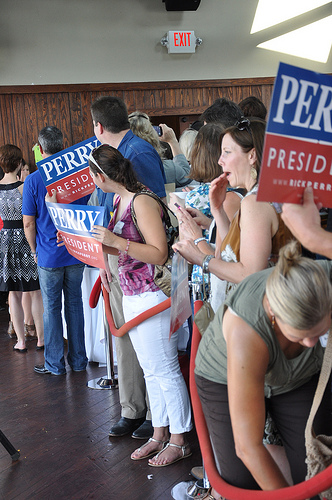 Political beliefs aside, Olick makes some astute observations regarding the bank’s preferences for short sales over foreclosures and the important role that Fannie Mae and Freddie Mac play in keeping the market liquid.

Given the major impact housing has on the overall U.S. economy, it’s vital that our political leaders have a thorough understanding of these issues.

The biggest mistake we see politicians make, however, is to claim they have a new plan or program to fix the housing crisis. The reality is, no such “magic bullet” exists. What’s needed is a series of rational financial decisions that will eventually return us to a rational housing market.

Little by little, the housing market is coming back. It’s not going to happen overnight, and it shouldn’t. While creating temporary relief, a return to the irrational housing boom of the past decade would only create future instability.

Educated and experienced real estate agents are playing a crucial role by getting homeowners out of houses they can’t afford, and qualified buyers into existing inventory in a responsible way. Savvy investors have already returned to the market and are helping to relieve over saturation and fill the increased need for rental units.

If we can change the misconception that housing is a risky investment, we will also see the return of primary home buyers, and a return to stability in the market.

We’ve Made Improvements To The Site!