Knoxville Named One Of America’s Most Affordable Cities 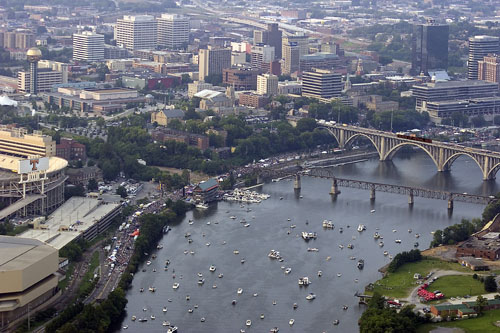 In order to determine what cities were most affordable, Forbes took the 100 top metropolitan areas in America. Then, they factored in the Housing Opportunity Index from the National Association of Realtors and Wells Fargo, along with day-to-day costs of living like utilities, food, gas transportation, among other things.

Knoxville ranked extremely well based on the affordability rankings. One of the most notable things that makes Knoxville an extremely affordable city how affordable housing is, particularly that buyers get a lot of bang for their buck when buying. According to the Forbes data, the average home price in Knoxville in the last quarter of 2013 was $140,000. In Knoxville, a buyer is able to afford 3 or 4 bedroom home with good square footage in a great neighborhood. In comparison, in a large city like New York, a buyer could only afford a small one bedroom apartment in Queens with the same budget.

Based on Knoxville’s median home price for the end of 2013, roughly 77.4% of homes are affordable to buyers who make the local median income of $60,700. In comparison, in a city like L.A., where the median income is similar at $61,900, only 20.6% of home buyers can are affordable to home buyers. Knoxville is very lucky in the fact that it is a very affordable city to own a home and buyers are able to get a lot for their money.

As far as the other cities that made the top 10 of the most affordable cities in America, the list was as follows: